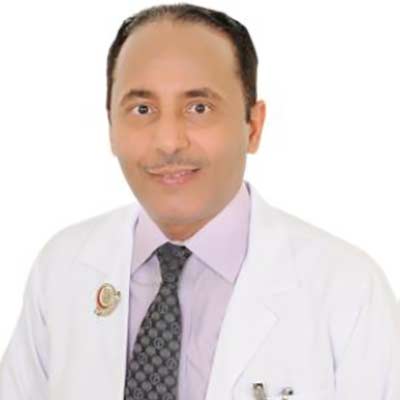 Dr. Ali Al Khathaami received his Medical Degree from King Saud University, Riyadh, Saudi Arabia in 1997 and continued his training in Internal Medicine Residency Training at the Department of Medicine, King Abdulaziz Medical City in Riyadh from 1998-2002. He completed Neurology Residency Training Program at the University of Calgary, Canada in 2006. He completed his Stroke Fellowship in cerebrovascular diseases in 2007 at the University of Calgary. He also earned a Master Degree in Public Health in Epidemiology and Biostatistics from the College of Public Health & Health Informatics in 2011.

Dr. Al Khathaami has pioneered the establishment of state of the art Comprehensive Stroke Program in the Ministry of National Guard Health Affairs in 2008 which is currently running and will be accredited by the Joint Commission International (JCI), which centered around to provide the advanced care for stroke patients.